The Wave Machine Edinburgh – a Take One Action Local run by young people based in Edinburgh from around the world – screened the film CALL ME KUCHU on Wednesday 3 June 2015. Here’s a review of the event.

Since the 1980s North American evangelist missionaries at work have preached against homosexuality in the Republic of Uganda.The media has also played a key role in disseminating hatred and prejudice against the LGBTQI community in the country as well as finding support from the public and the religious spheres of power.

In 2014, The Ugandan government put forward a new bill that criminalizes homosexuality and contemplates death penalty for “aggravated homosexual conduct”. The so-called Anti-Homosexuality Act 2014 made its appearance under the gaze of the international community.

When most countries are moving forward regarding LGBTQI equality, how is it possible that a law like this is even considered? Our audience reflected on how this is a problem that directly affect us given that the British Empire introduced a legal system (one of its laws, against sodomy) in their former colonies. Current research on the topic reveals that 70% of states with a British colonial origin continue to criminalise homosexual conduct (Enze Han and Joseph O’Mahoney, 2014). 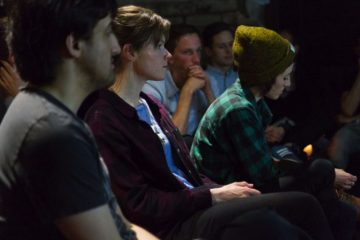 Call Me Kuchu follows LGBTQI activists, among them, David Kato a symbol of the LGBTQI fight in Uganda who was terribly murdered in 2011. Most of the attendees were not very familiar with this story. This triggered a very interesting and lively post-screening discussion as the members of the audience were reacting to what they saw from their own perspectives. A young man was completely astonished about how activism can adopt different shapes depending on the context. In the UK, for instance, if you want to fight for a cause, you can march in the streets with banners and speakers and try to lobby the government. In Uganda, the situation is totally different as people are literally risking their life only by holding hands in the streets.

Some members of the audience from Scandinavian and Eastern Europe countries compared the situation of LGBTQI rights in their countries and discussed the differences and ways to improve it.

Like the film, the audience pondered on how the international community can be involved in the fight for LGBTQI rights in Uganda without being accused of neo-imperialists. The truth is that the LGBTQI community in Uganda is a real minority, as it seems very complicated to know the number of them who are out. Besides, it is extremely dangerous for Ugandans to support the LGBTQI community since the bill also punishes those who do not report LGBTQI people to the authorities. Because of this and our involvement in the legal system in Uganda and other African nations due to colonialism, the international community must support and be part of this fight for equal rights. People find the energy to fight when they stay together, persist, and walk towards further change. 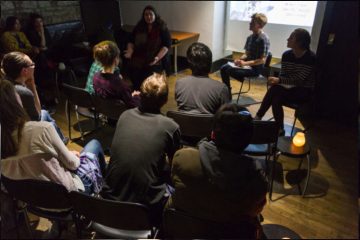 We were very pleased to count with a speaker on behalf of Shakti Women’s Aid, who talked about their work on LGBTQI communities in Scotland, the programmes implemented in the educational and social sectors of the city, and challenges ahead. It was a good way to see how we can act locally in Scotland and take action.
2015 is an important year for the LGBTIQ community: on the 22nd of May, Ireland became the first country in the world to approve the freedom to marry by popular referendum. A catholic country like Ireland can set an example on the role of religion to promote LGBTIQ equality globally.

The Pope Francis is expected to visit Uganda later this year and his visit can be a positive influence in the country to help ensuring same rights for everyone.

At the end of the event, the members of the audience were happy to stay at the Outhouse Pub and talk about the film – without even asking! –. Some of the comments were on the line of: “It’s not possible. I can’t just walk home like nothing happened. I need to find out more about it, think about it and do something.” 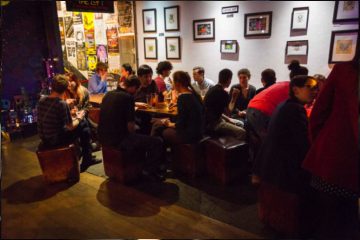 What is it really like for community-based creative hubs working 'in partnership' with cultural institutions? This brilliant report by WHALE Arts, Morvern Cunningham and Tiki Muir explores how care and accountability can be centred in these working practices. (Side note, but we also ❤️ the design by Out of the Blueprint...)Find out more and have a read: ... See MoreSee Less

WHALE Community Development Coordinator Tiki Muir and creative freelancer Morvern Cunningham have been working together for the last six months on the Creative Community Hubs project – looking at w...