At Take One Action our volunteers play a central role in forming our programme, inspiring our events and bringing our festivals to life. They are essential to what we do and grow our tiny team from 3 to over 50 each year!

David Smith from Inverness has been volunteering with us for the last few years, both as a festival volunteer and a member of our steering group who help to shape the festival programme each year. Here is his journey…

I went to my first Take One Action Film Festival in 2014 when I was asked to attend as a speaker / ambassador for Oxfam Scotland. I really enjoyed the films on offer and enjoyed the opportunity to speak on behalf of Oxfam as a campaigner & shop volunteer.
In 2015 I volunteered with TOA by helping with poster & flyer distribution and at some of the screenings as a steward and again I spoke for Oxfam as an ambassador, campaigner & shop volunteer.
In 2016 I volunteered again with TOA, now on the steering committee, helping with poster & flyer distribution and as a film steward. I watched all 6 films on the festival. Brain fuzz, but as always great films on a broad range of social justice issues.
In 2017 I volunteered again on the steering committee & helping with poster & flyer distribution and I will be a film steward on 3 films.
I am really looking forward to the film “Thank You for the Rain” as in 2009 I was volunteering planting trees in Kenya, where the local people were conscious of the effects of climate change and drought brought about by there own use of wood for fuel heating or building. They set up a group and invited people in to help plant trees to encourage rain and reverse climate change which was having a devastating effect on their community. I was fortunate to be able to visit my PLAN UK sponsored child during my time in Kenya, again I saw with my own eyes the effects of drought poverty and desertification brought on by climate change.
In April this year I used my experience and confidence gained with TOA. I volunteered to run a film night for my local Greenepeace group. I organised a fundraiser quiz night, which would pay for the film and the room hire. I sourced the Spectrum Centre for the venue and set the date. Greenpeace UK recommended the film GREEN.
I used various social media platforms and postering to promote the free event and 38 people attended. I ran a volunteer orientation before the film where I used power-point & photos to display and talk of the good work of the Greenpeace Inverness local group.
After the film we had discussions and shared ideas based around the film and around Greenpeace Inverness. We raised further funds through collection tins whilst also attracting new volunteers to the Greenpeace Inverness group.
Overall the event was a huge success, thank You TOA, Tamara & Kirsty for your inspiration and guidance 🙂 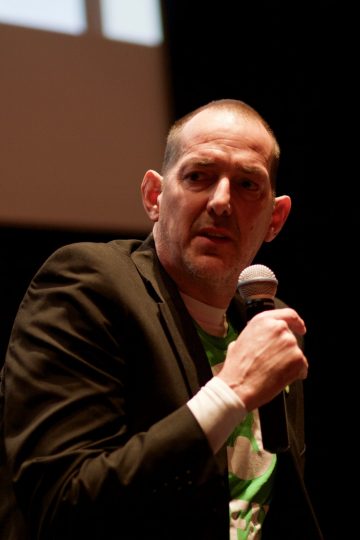