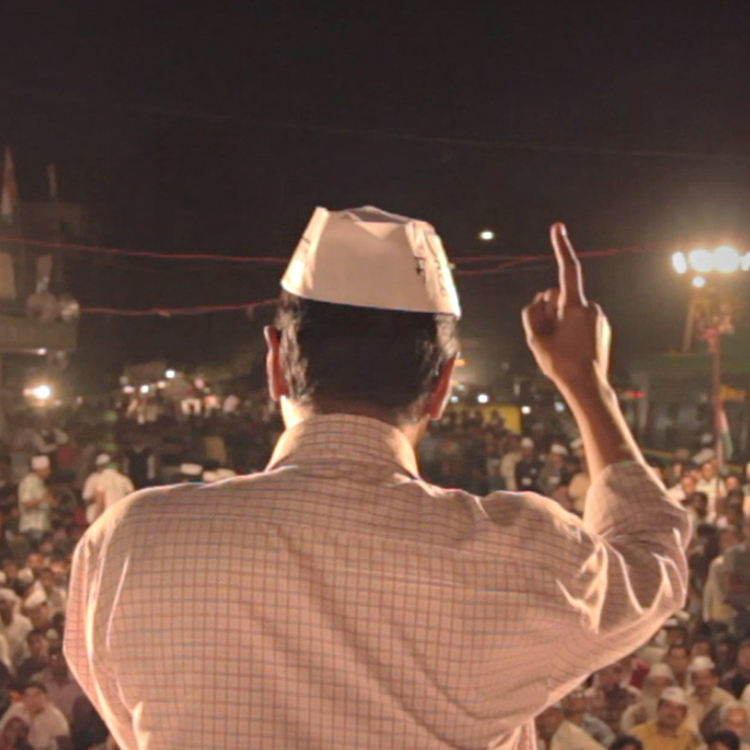 This fascinating political thriller chronicles the spectacular rise of “the Bernie Sanders of India,” Arvind Kejriwal, who – as the head of The Common Man’s Party – tears up political corruption and complacency by challenging the country’s oldest and most established political parties.

Determined to stand up for their impoverished communities, Kejriwal and his supporters turn a grassroots movement – which promised to tackle inequality, exorbitant power bills and neo-liberal cronyism – into a mighty political force. They face down arrests, beatings and death threats in their bid to take over Delhi’s Legislative Assembly. But how will this reluctant, obstinate leader and his incendiary campaign promises fare in the real world?

An Insignificant Man (which itself faced censorship in India) provides a vital eyewitness account of a seminal transformation in the world’s largest democracy.

Join us after the film as we explore the influence of grassroots social movements in shaping the political agenda in India and Scotland, with guests including Robin McAlpine (Common Weal) and Indra Adnan (The Alternative UK).

As part of the BFI's Film Audience Network, we are one of nine Hubs set up across the UK to extend film choice, increase and broaden film audiences, and enhance opportunities for audiences to engage with and learn about film. We're setting up a network of like-minded film exhibitors – from film societies to multiplexes – to work together to better serve Scotland's diverse population. We provide Hub members with a range of funding opportunities, screening programmes, training, networking events and audience research, helping Scotland's exhibitors become truly inclusive.