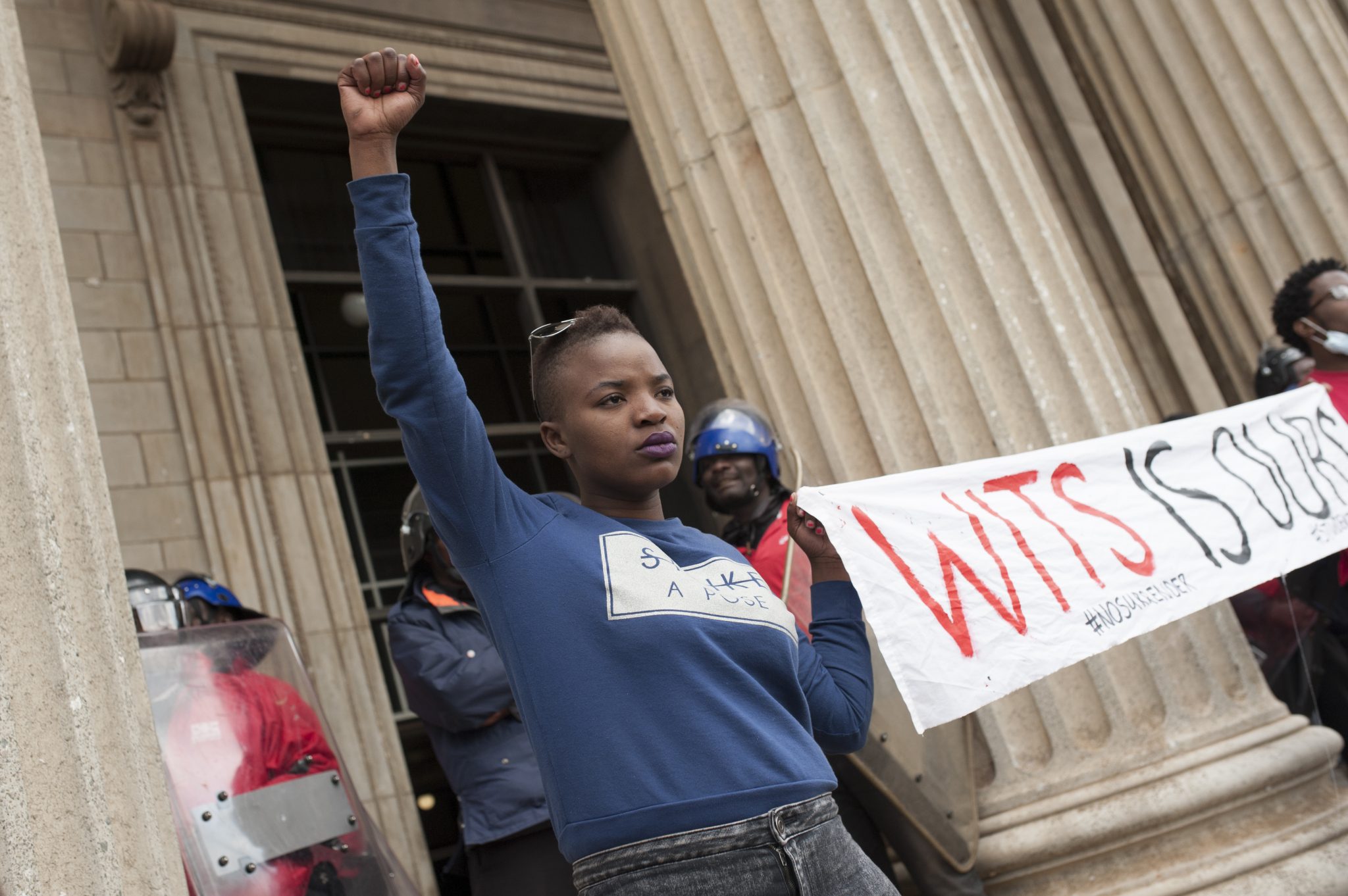 Film Synopsis: Everything Must Fall

This urgent documentary chronicles the rise of the #FeesMustFall student movement which ignited into one of South Africa’s most militant national revolts.

As recounted by four Wits University student leaders and their Vice Chancellor, Adam Habib (himself a former anti- apartheid student activist), this is a high-stakes battle of wills and principles, fuelled by rising student debt and exploitative conditions suffered by universities’ outsourced workers. Far from homogeneous, the movement’s intersectionality challenged a long history of male-dominated liberation politics. In the grip of internal dissent, the protests were met with violent repression, culminating in riot police descending on campus.

Director Rehad Desai captures the urgency of the movement’s demand for free, decolonised education, which morphed into a wider rallying cry for social justice: fees must fall, outsourcing must fall, poverty must fall, racism must fall – everything must fall.

Join us after the film to explore the emergence and legacy of this self-organised, inter-sectional movement.

Africa in Motion (AiM) is an annual African film festival taking place in Scotland, consisting of film screenings and complementary events. Now in its fourteenth year, AiM brings the best of African cinema to Scotland—making it possible for Scottish audiences to engage with African stories and industry professionals from the continent.