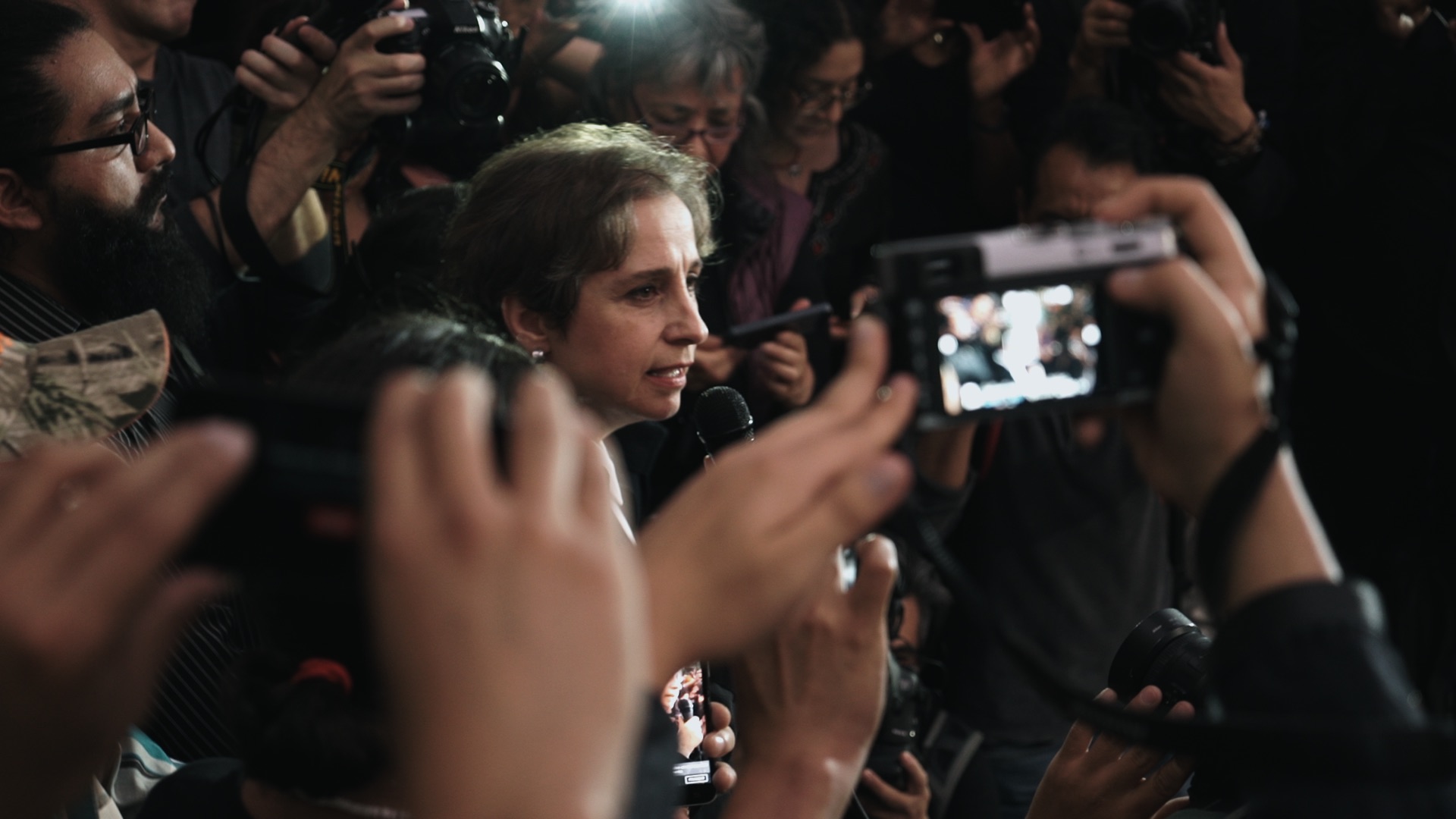 Mexican journalist Carmen Aristegui has been fighting misinformation and governmental corruption for years, in one of the most dangerous countries in the world to be a journalist.

After exposing a major corruption case, Aristegui is promptly fired from her long-standing post as a radio host. Buoyed by an outpouring of public support and her own team’s determination, she resolves to pursue her fight for press independence and government accountability on the internet (where her programme now regularly attracts up to 18 million viewers).

Director Juliana Fanjul takes viewers into the heat of the action, following Aristegui and her team as they doggedly seek to pursue their investigations and uncover inconvenient truths. She captures the frantic pace of their work – and the huge toll they experience in light of death threats and intimidation – in a profound reflection on the nature and future of democracy.

Screened as part of TOAFF20

Join us at 8pm on 3 May (World Press Freedom Day) for a live conversation to explore the limits of press freedom in Mexico and Scotland, and how we can defend the rights of those who risk their lives fighting misinformation.

While the film will be available to watch from 1-3 May, we recommend you join us for the full “live” viewing experience:

Scottish PEN is a centre of PEN International, a not-for-profit organisation that champions writer's freedom of expression and literature across borders.