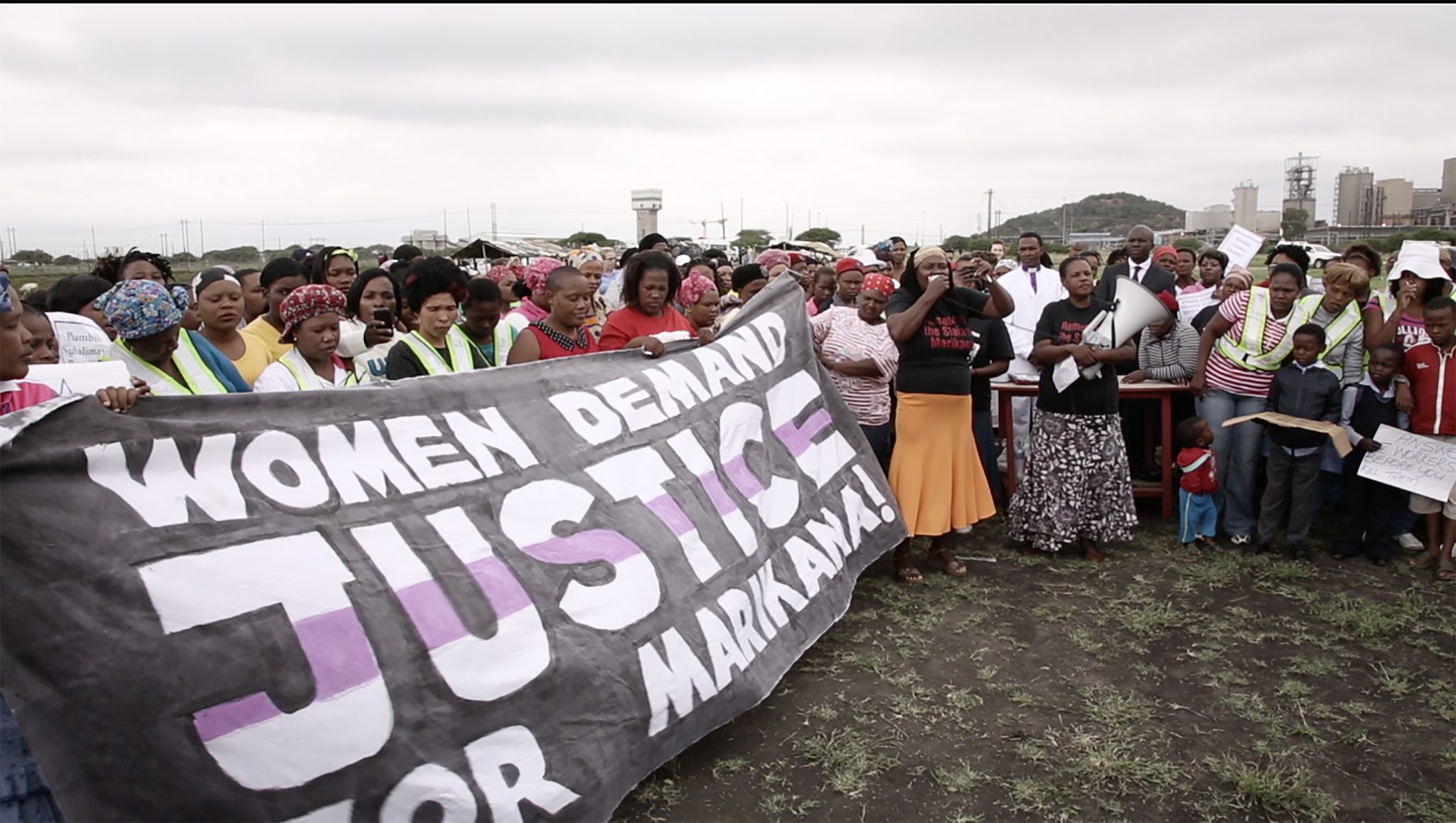 After the massacre of 34 striking mineworkers shakes their poverty-stricken community, two grandmothers lead their community in a historic fight for justice.

The women of Marikana, many of whose men died demanding a living wage and better living standards, have been determined to force the mine owner, UK-based Lonmin, to meet its legal obligation to improve living conditions for the miners’ widows and children.

Two of them, Thumeka Magwangqana and Primrose Sonti, have their friendship tested when Primrose is elected to Parliament. Leaving Marikana behind to enter the political arena, Primrose becomes gradually disconnected from the grassroots movement she helped to start, while Thumeka must step into the vacuum and lead the community.

Tracking the uneasy line between the personal and the political, Strike a Rock also offers a damning exposé of the ties between the ANC government and the extractive industry – contrasting political expediency, corruption and corporate hypocrisy with the women of Marikana’s struggle for solidarity, healing, respect and justice.

Stay with us after the film as we explore representations of Marikana on screen and international solidarity with the community, with guests Justine Atkinson and Lizelle Bischoff (Africa in Motion Film Festival) and Lynn Williamson (UNISON Scotland).

5 people are attending Strike A Rock

Africa in Motion (AiM) is an annual African film festival taking place in Scotland, consisting of film screenings and complementary events. Now in its fourteenth year, AiM brings the best of African cinema to Scotland—making it possible for Scottish audiences to engage with African stories and industry professionals from the continent.