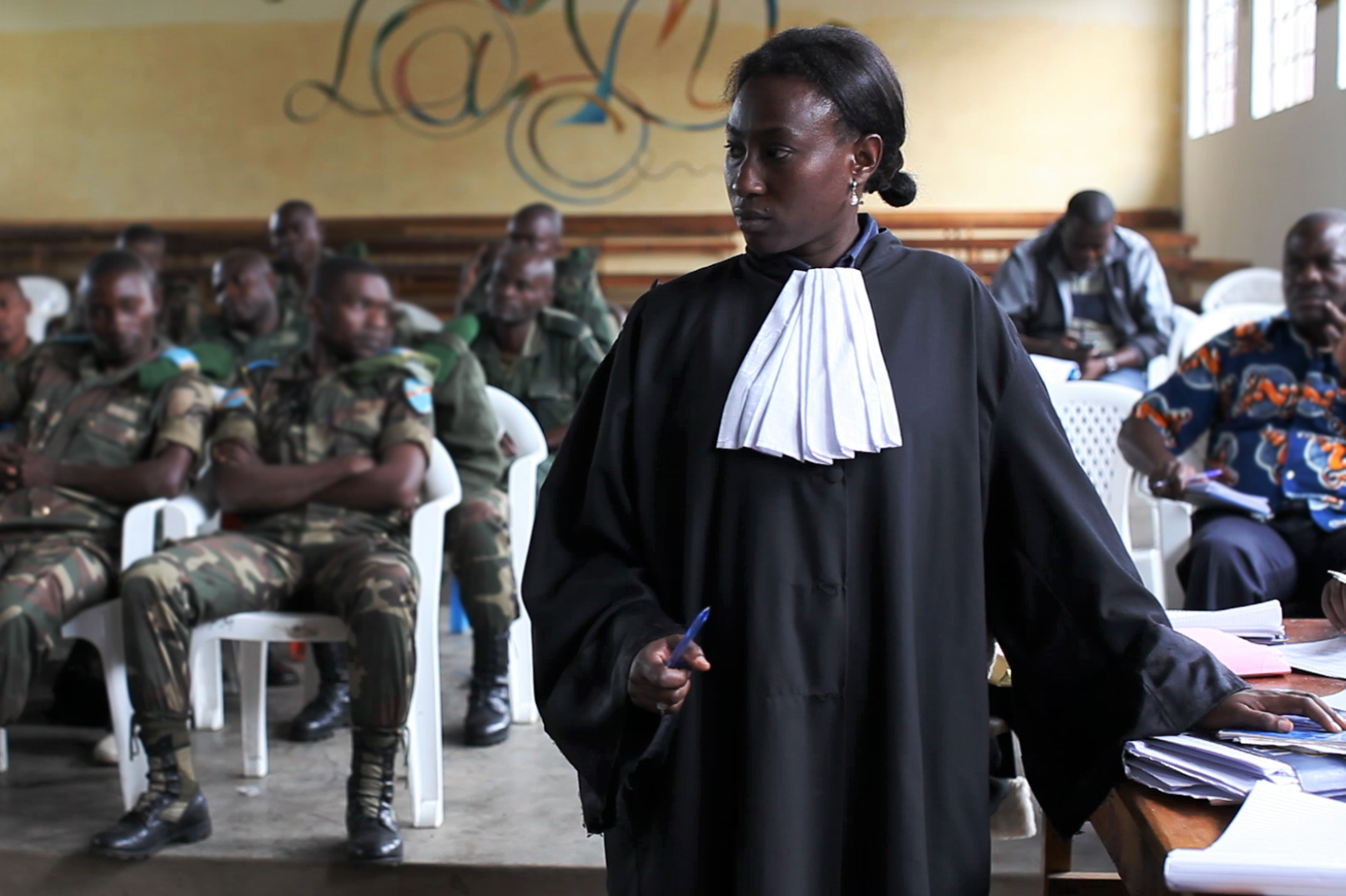 Often considered collateral damage instead of a war crime, sexual violence has, for centuries, been instrumentalised to control and terrorise entire communities in conflict zones. Can we end the use of this insidious tool of war, and how effective are legal frameworks in prosecuting culprits?

Filmed over five years, The Prosecutors follows three lawyers’ fight to end impunity for sexual violence committed at times of war. Through personal testimonies and footage of courtroom proceedings, the film documents specific cases in the DRC, Colombia, and Bosnia Herzegovina. It explores, with respect and determination, what it takes for victims to obtain justice for crimes of sexual violence in conflict – whether committed by uniformed soldiers, paramilitary units, or a neighbour.

The Prosecutors celebrates the bravery of those who come forward, while demanding a wider framework of accountability.

Join us after the film to explore the work being done at an international level to establish a legal framework for the prosecution of crimes of sexual violence in conflict – and the key role played by women in campaigning and legislating for change. We will be joined at both screenings by Olaoluwa Abagun (Founder & Executive Director, Girl Pride Circle Initiative, Nigeria), Dr Chloe Kennedy (Senior Lecturer in Criminal Law, University of Edinburgh and co-runner, Scottish Feminist Judgments Project) and Eilidh Dickson (Communications and Engagement Manager, Engender).